Posted on November 21, 2012 by Tiberius Adalwolf 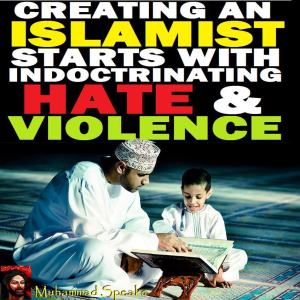 The Body of Truth: Recently I was looking at the bile from the Facebook page of the Muslim Defence League in the UK.

Due to the current Israel-Gaza situation, their posts consisted mainly of anti-Semitic propaganda, among a heap of other anti-Israel posts on their page, I saw one in which they singled out a video of a Muslim baby, called Muhammad, which they commented on as: “Cute”, “Beautiful” and “Gorgeous”

The video (available to view further down) was the complete opposite..

When I clicked the link to watch the video, I felt sick to my stomach. It featured an Arabic speaking Arab man videoing his infant child (who sounded like he had only just learned his first word) and interrogating him, asking “do you recognize Israel?”

The child looked confused and shook his head, then saying what sounded like “no” and “nope”

It somehow reminded  me of an interrogation in a hostage video, when the child was more interested in playing with his toys, his father shouts: “Look at me! Do you recognize Israel?”

Any civilized human would be repulsed by a video such as this, but with Muslims, it seems that as long as Israel and Jews are being demonized and the cause of Islam is being furthered, it is all for a good cause..

A similar video featured a 3 year old Muslim child, who had been brainwashed with anti-Semitic propaganda to kill Jews and other Infidels.

Thank You for reading, feel free to link and share this article and use the “Follow Blog via email” button in the right sidebar to receive updates on new articles.

If you wish to reproduce this article on your own site, please be kind enough to link back to our original article here, Thank You.