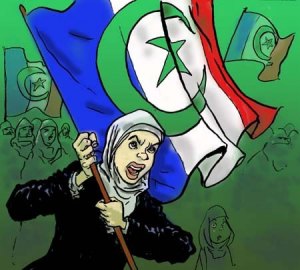 Coming To a Country Near You!

As Muslim riots throw France into a state of emergency, the French government are now seeking to reclaim “No Go Zones” Muslim-dominated and crime ridden neighbourhoods that are off limits to non-Muslims.

The French government has announced a plan to boost policing in 15 of the most crime-ridden parts of France in an effort to reassert state control over the country’s so-called “no-go” zones: Muslim-dominated neighbourhoods that are largely off limits to non-Muslims.

The crackdown on lawlessness in the ZSP is set to begin in September, when French Interior Minister Manuel Valls plans to deploy riot police, detectives and intelligence agents into the selected areas. The hope is that a “North American-style” war on crime can prevent France’s impoverished suburbs from descending into turmoil.

If the new policy results in a drop in crime, Valls is expected to name up to 40 more ZSP before the summer of 2013.

Many of these new ZSP coincide with Muslim neighborhoods that previous French governments have considered to be Sensitive Urban Zones. (Zones Urbaine Sensibles, or ZUS) — also “no-go” zones for French police.

At last count, there were a total of 751 Sensitive Urban Zones, a comprehensive list of which can be found on aFrench government website, complete with satellite maps and precise street demarcations. An estimated five million Muslims live in the ZUS — parts of France over which the French state has lost control.

Consider Seine-Saint-Denis, a notorious northern suburb of Paris, and home to an estimated 500,000 Muslims. Seine-Saint-Denis is divided into 40 administrative districts called communes, 36 of which are on the French government’s official list of “no-go” zones.

Seine-Saint-Denis, also known locally as “Department 93” for the first two digits of the postal code for this suburb, witnessed fierce rioting by Muslim youths in 2005, when they torched more than 9,000 cars.

Seine-Saint-Denis, which has one of the highest rates of violent crime in France, is now among the initial 15 ZSPs because of widespread drug dealing and a rampant black market. Because, however, the suburb also has one of the highest unemployment rates in France — 40% of those under the age of 25 are jobless — it remains unlikely that a government crackdown will succeed in bringing down the crime rate in any permanent way.

Also on the list of ZSP is the department of La Somme, which encompasses the northern French city of Amiens. On August 12 and 13, around 100 Muslim youths in the impoverished Fafet-Brossolette district of Amiens went on a rampage after police arrested a man for driving without a license. Muslims viewed the arrest as “insensitive”because it came as many residents of the neighborhood were attending a funeral for Nadir Hadji, a 20-year-old Algerian youth who had died in a motorcycle accident on August 9. It later emerged, however, that police were called to an estate in northern Amiens after reports that youths were loading fireworks into a car. Police discovered as well the ingredients for petrol bombs, including empty bottles and a canister of gasoline — hence the arrest.

In response to the riots, about 150 policemen and anti-riot police were deployed to the Fafet neighborhood and used tear gas, rubber bullets and even mobilized a helicopter after Muslim youths shot at them with buckshot, fireworks and other projectiles from nine in the evening until four in the morning.

At least 16 police officers were injured in the melee, one of them seriously. Youths also torched and destroyed a junior high school canteen, an anti-juvenile delinquency sports room, a leisure center, and a kindergarten, as well as 20 automobiles and 50 trash bins. The cost of repairing or rebuilding structures that were damaged or destroyed could run to €6 million ($7.4 million). (Photos here.)

Gilles Demailly, the Socialist mayor of Amiens, said the violence reflected a descent into lawlessness orchestrated by ever younger troublemakers: “There have been regular incidents here but it has been years since we’ve known a night as violent as this with so much damage done. The confrontations were very, very violent.” He added, “For months I’ve been asking for the means to alleviate the neighborhood’s problems because tension has been mounting here. You’ve got gangs of youths playing at being gangsters who have turned the area into a no-go zone. You can no longer order a pizza or get a doctor to come to the house.”

The Fafet-Brossolette district of Amiens is home to mostly Muslim immigrants from former French colonies such as Algeria, Cameroon, Gabon, Mali, Morocco and Tunisia. Unemployment in the riot-hit part of Amiens runs at 45%. Among people under 25 years of age, who account for half the population, two out of three are out of work.

Despite the scale of the damage, French police have hesitated to make any arrests for fear of sparking more riots. Police did not, in fact, make any arrests until more than three days after the riots ended. A spokesperson for the local police said that four people between the ages of 15 and 30 were arrested in an overnight swoop on August 17 in connection with arson, robbery and trafficking stolen goods. Two of the individuals were immediately tried at the criminal court in Amiens and were quickly released on probation.

The clashes in Amiens follow more than five days of violence between rival Muslim gangs in the southwestern French city of Toulouse. Police in the city’s Bagatelle district (officially classified as a ZUS “no-go” zone) have characterized the Muslim-on-Muslim violence as “a kind of guerilla war” between two gangs of individuals between the ages of 15 and 20. The violence was apparently due to “the result of a settlement of accounts between drug dealers, as well as because of old resentments exacerbated by boredom and the heat of the month of Ramadan.”

On August 14, two local imams in Bagatelle organized a march through the streets calling on the youths to stop the violence. Local media reports say the residents of the neighborhood know the names of the perpetrators but “nobody dares to speak for fear of reprisals.” According to the deputy imam of Bagatelle, Siali Lahouari, “it looks as if we are in Bosnia or Afghanistan, not Mirail [a suburb of Toulouse].”

In July 2010, Muslim youth in the La Villeneuve suburb of the southern city of Grenoble went on a rampage after police shot and killed an armed robber, Karim Boudouda, who had led police on a car chase after holding up the casino at Uriage-les-Bains, near Grenoble. The rioting started when an imam recited a prayer for the dead man in the presence of 50 Muslim youths who had gathered in a park. One of the youths fired a gun at riot police who were deployed to the neighborhood; the police then opened fire to disperse the crowd — who then went on to torch 80 cars as well as several businesses.

In August 2009, around 40 Muslim rioters in the Paris suburb of Bagnolet hurled Molotov cocktails at police and firefighters; torched cars, and one person fired a handgun during a rampage prompted by the death of a teen pizza deliveryman who was fleeing from the police. The violence broke out after an 18-year-old, riding his motorcycle through the neighborhood, tried to flee a document check by police; the man lost control of his motorcycle, hit a barrier and died en route to the hospital.

In July 2009, Muslim youths torched more than 300 cars across France after the suicide death of an Algerian youth held in police custody on charges of extortion.

In October and November 2005, thousands of Muslim youths in Paris and other major cities in France went on a rampage after two young men in the Paris suburb of Clichy-sous-Bois were electrocuted when they entered an electric power substation while running away from police. Overall, the riots affected 274 towns and cities across France, and resulted in more than €200 million in property damage.

In response, the French government declared a “three-month state of emergency.”